We are comprised of experts from all the diverse mediums of the film industry with uniquely diverse backgrounds to best address the multicultural students we serve. Jessica Just, CEO and Co-Founder, Creating Creators She is an actress, producer, and editor. She graduated from NYU-Tisch School of the Arts, with a degree in Film and TV Production. In the past Jessica worked for Miramax in post-production and Apostle Films for pre-production and development. She currently is a Partner at Open Perspective Media LLC, and co-creator of Creating Creators LLC - The Cinema Project a youth film development program designed to teach 21st century skills within the classroom and connect students to professionals. Since the age of 5, she has been a member of SAGAFTRA and has appeared in several international commercials, feature films, and TV shows. Hipolito (Polo) was born in Guadalupe Victoria, Mexico in the central state of Durango. He immigrated to the United States in 1979 at the age of 11. He attended Queen of Angels High School Seminary, a preparatory high school nestled in the historic San Fernando Mission. As a seminarian, he was able to connect with his spirituality and developed a strong acumen for social justice. He served in the US Navy and after attended Cal State University at Long Beach. There he received a Political Science BA focused on International Relations and a minor in Communications. Immediately after college, he worked in the Pharmaceutical Industry as a sales representative. With his sales background he worked with Scholastic Book Fairs in developing the Latino school market in the Los Angeles area. His first production, “Flamenco Dreams,” in 2003 was distributed through Universal/Vivendo in partnership with Miles Copeland’s CIA distribution company. He is the Co-Founding Partner and Producer at Open Perspective Media, which produced LA Business Today, a talk show distributed on PBS Affiliate KLCS TV. He is also publisher of the online magazines, Latino Weekly Review and Landscape Latino. He serves as Vice President of the Board of the KLCS Education Foundation and is a Board Member of member of the Media Educators of Los Angeles. He also serves on the Board of SEEfest Film Festival. 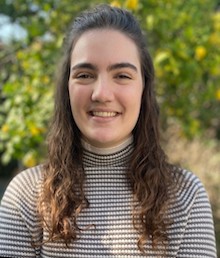 Mia Zimonjic is a recent graduate of UC Davis’ Cinema & Digital Media program. In 2018, she completed a post-production internship with Boardwalk Pictures, working with assistant editors and clearance coordinators on shows such as Street Food and Chef’s Table. She graduated one quarter early, returning home to Los Angeles to work as a Production Coordinator for Lay Carnagey Entertainment. There, she collaborated closely with director/producer Roger Lay, Jr. on CBS Home Entertainment’s The Twilight Zone featurettes, CBS/Fathom Events’ Remembering Rod Serling and Universal Pictures’ Aliens Stole My Body special features. She has been with Creating Creators since April 2020, starting as a social media coordinator and now working as an Industry Liaison/Director of Digital Content. Margarita Reyes was born on March 15, 1977 in Escondido, California, USA. She is an actress and producer, known for The Sandman (2017) and Manos partidas (2008). Margarita Graduated from University of California, Los Angeles (UCLA). Lead actress in Aloe Blacc's acoustic version of #Wake Me Up (2013). In October 2013, Blacc released the music video for the track "Wake Me Up". Blacc collaborated with the immigrant rights group National Day Laborer Organizing Network and the ABC* Foundation's Healing Power of Music Initiative. Voted Independent Filmmakers Alliance (IFA) September Actress of the Month (2007). Luis Horacio Pineda (Born October 31, 1975) is a Mexican and American painter, architectural drafter, muralist, cartoonist, writer, producer and film director. He was born in Nogales, Arizona and raised in Sonora, Mexico. Pineda attended Universidad de Sonora at Hermosillo, Sonora, Mexico and the University of Arizona at Tucson, Arizona. Pineda shoots and produces short films, animated films, TV Spots, documentary films, and music videos. As a painter and muralist, Pineda began his interest in film in 1999 when he was studying literature in Mexico. Pineda started drawing, painting, and writing at an early age and these early stages provided the crucial groundwork that is leading Pineda’s development as a filmmaker. Pineda not only has the usual credits of writing and directing his films, he also frequently serves as a storyboard artist, producer, director of photography, and script editor on his films. 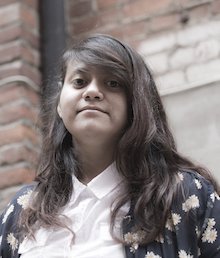 Maria Alanis is a writer, director, and cinematographer from Stockton, California. She graduated in 2017 from the Art Institute of California - Sacramento after having directed and produced two short films, with a Bachelor's Degree in Digital Film and Video Production. During her time in Sacramento, she worked as a cinematographer for the Women's March, produced training videos for Outback Steakhouse and was a production assistant on Netflix’s “Jailbirds” and A&E’s “Live Rescue”. Maria also work at ABC10 as a production assistant and editor for the weekend morning news. Before moving to Southern California, Maria was working as a production coordinator at Futures Explored, in Stockton, California. Here she guided students with developmental disabilities through the pre-production, production, and post-production stages of producing their own films. In addition, she managed and maintained the company’s film studio in which the students were able to shoot their films, as well as facilitated them in obtaining paid jobs from clients. In early 2020, she volunteered at the Sundance Film Festival based in Park City, Utah. Maria later went on to volunteer at Outfest Fusion as part of the documentary team, which gave her insight into some of the goals she’s like to reach within her own career as a storyteller. In March, she joined the Creating Creators team as a Film Instructor after previously working with founder and CEO Jessica Just and Chief Creative Officer and Co-Founder Hipolito Munoz. She looks ahead to many more exciting opportunities to learn, grow, create, and teach what she’s learned to those coming after her. 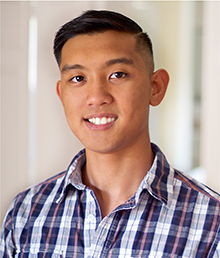 Lawrence is a director of photography and filmmaker based in Los Angeles, CA. He has filmed for brands including Humana, MassMutual, Cartier, Motorola, GUESS, Jack in the Box, and The Container Store; and lit sets as Gaffer for brands such as Google, Merrell, and Easton. Besides commercial spots, he has also worked on feature-length and short films, web-series’, and music videos. Lawrence and his wife, Georgeanna, recently welcomed their first child, Laura, into the world! Jessica Silvetti is an award-winning writer and director. Originally from Mexico City, she received a BFA from NYU’s Tisch School of the Arts. To date she has completed several shorts, web series and a feature film. Her bilingual web series LOST MEMORIES, a narrative about Alzheimer’s disease, earned her a Breaking Boundaries – Visionary Women’s Award in 2017. IN ABSENTIA, an anthology series she wrote and directed with her partner, Ethan Kogan, has received much acclaim, including three International Academy of Web Television Awards nominations for Best Writing, Best Directing, Best Drama Series and a Best Writing at Raindance Film Festival. Presently she’s developing a one hour TV show with her partner and husband, Kogan, as well as a feature film she penned and plans to direct. Eric Lin Hsu 許得力 is the founder of Yellow Peril Filmworks; a collaborative of writers, filmmakers and actors with a common goal of bringing women, POC, LGBTQ and other under represented communities in front of and behind the camera. He has directed music videos for hip hop artists Snoop Dogg, Wyclef Jean, Montel Jordan and more. His films have screened in festivals around the world including the International Film Awards Berlin and the VC Asian American Film Festival. His films have picked up awards at Urbanworld Film Festival, The New Orleans Media Experience, and the LGBT NY Pill Awards. Eric recently curated an art exhibit called ERASED: Asian Americans In Hollywood, a retrospective celebration. This interactive installation series shed light on the achievements of Asian American cinema stars or yesterday and today. The exhibit also turned an eye to the century long Hollywood phenomenon of yellow face.

Marcos Leyva Gordian is a producer, editor, and photographer originally from Mexico City. He began his career in film/television by producing episodes of entertainment programs for television. Marcos studied film production at the Centro de Capacitación Cinematográfica (CCC), an internationally recognized film school in Mexico City. While in Mexico, he produced award-winning short films and documentaries. Since relocating to Los Angeles in 2017, Marcos has collaborated in the production of commercials, music videos, and feature films, as well as working with Creating Creators since 2019. Meryem Dipdere international producer and curator for films and film Festivals, worked in Amsterdam, London and now based in Los Angeles. Her career grounded in TV/Film development & production and the last 9 years in the planning and execution of a wide range of Film festivals and art exhibitions. Meryem moved to the US in 2016, Represented the official 90th Oscar-submission 'The Dark Wind' by Hussain Hassan. She has been involved as producer or curator for some of the most pioneering art-digital-film festivals in Europe,such as Alpha-Ville London and AFX in Amsterdam. She has also worked for international acclaimed festivals, like IDFA and the East End Film Festival in London. In recent years Meryem has been organizing exhibitions and art events that bring together art, social commentary and grassroots resistance. She has initiated successful shows with emerging street artists and established names in the London art scene. She has pioneered new formats for art shows and initiates art projects that inspire both audiences and artists to reconsider the relation between the arts and social movements. Anna Spyrou is an awarded writer / director with experience in narrative films, music videos, commercials, and documentaries. Born and raised in Athens, Greece, the cradle of theater, her passion for storytelling runs in her blood. Anna’s short films have received awards at international film festivals in the US. Moreover, her feature film screenplay Silent Cries has received the Best Drama in Cannes Screenplay Contest, among other prestigious awards. Anna graduated with distinction from UCLA’s Directing Program in 2017 where she led the writer’s group. She also holds a BA in Graphic Design and she worked in advertising for a decade. She is currently in the development of her feature script. She also co-writes a feature screenplay with a production schedule next year. Anna is a member of the Greek Writers’ Guild, as well as member of WIF (Women in Films) in Los Angeles.

If you’re interested in joining our team or are looking to help us by volunteering, Contact us!